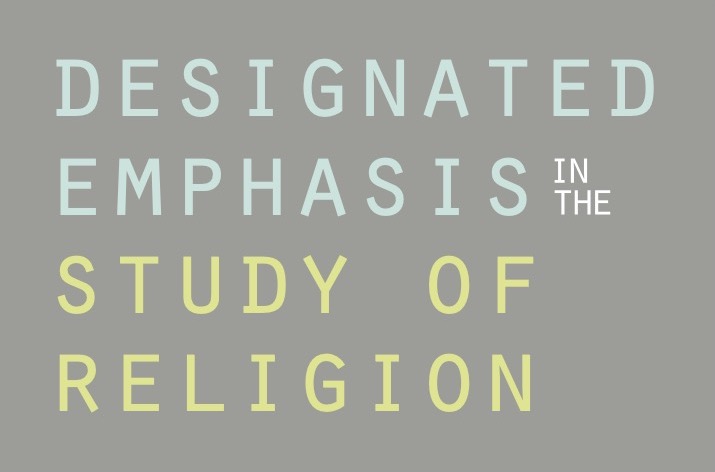 Applications for the first cohort of the Designated Emphasis in the Study of Religion are now open. Please note that applications are due Friday, April 30, 2021 at 5 pm.

Recognizing that many Berkeley students across the Humanities and Social Sciences are already deeply engaged in the study of religious phenomena, the DESR creates a space where those students may come together and focus on the history and theory of how others have approached such phenomena. Since Berkeley currently has no department of Religious Studies, the DESR also integrates professional approaches derived from Theology and Religious Studies, alongside those derived from other cultural traditions and critical approaches to religion.

Only students enrolled in Ph.D. programs at the University of California, Berkeley are eligible to apply for the DESR. Students are required to be admitted to the DE before taking the Qualifying Examination.

The application due date for 2021–2022 is Friday, April 30, 2021 at 5 pm. Please submit applications and supporting materials via email to info.bcsr@berkeley.edu.

To qualify for the Designated Emphasis, the student must have on the Qualifying Examination committee a representative of the DESR.

DESR students are required to take four courses. Three of these comprise the core curriculum, and one is an elective selected from a list of courses offered by the DESR faculty.

Methods in the Study of Religion

Methods in the Study of Religion is an introduction to methodological best practices in the Study of Religion from the perspectives of different fields. It is made up of multiple modules that combine the study of primary sources with exemplary methodological approaches. These approaches include but are not limited to: anthropological theories of religion and society, historical genealogies of categories of religion and the secular, theology and Church history, sociological approaches to issues like religious organization and conflict, religion and science, religious literature and Biblical hermeneutics, as well as particular religious histories.

Histories of the Study of Religion

Histories of the Study of Religion is an introduction to the history and development of the field of “Religious Studies” as an intellectual space for the study of a sometimes historicized, sometimes naturalized phenomenon called “religion.” Since the narration of any history of the study of religion serves to circumscribing a particular set of phenomena as “religious,” this course does not isolate a canonical history of the field. Instead, it progresses in roughly diachronic manner, through a number of thematic threads representing the development of different domains of the study of religion.

Local Approaches to the Study of Religion

Additionally, students must complete one elective course from a list of pre-approved graduate courses on religion. In some instances, students may petition for other, relevant courses to be counted towards their elective requirement. If a course is offered for variable units, students must enroll at the maximum possible unit value. Potential elective courses will vary depending on faculty teaching plans in a given semester.